Hong Kong mahjong carver among the last of his kind

Eyebrows furrowed in careful concentration as he chisels images and Chinese characters onto mahjong tiles, 70-year-old Cheung Shun-king is one of the last craftsmen of his kind in Hong Kong.

Hand carving playing tiles for the popular Chinese game used to be a source of income for many, but the introduction of much cheaper machine-made sets whittled away at their customer base and turned their work into a rarity.

Cheung’s family alone used to own four separate shops, where as a teenager he learned his trade.

Now only one remains. 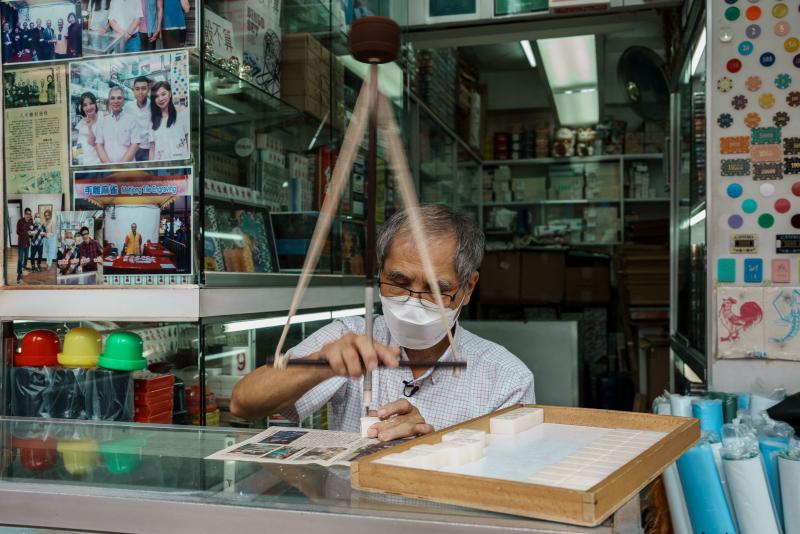 This photo taken on July 6, 2022, shows mahjong tile artisan Cheung Shun-king, 70, using a drill stand to carve dots on a mahjong piece at his shop in the Yau Tsim Mong district of Hong Kong. (Photo: AFP)

“I have given my youth to it,” he says of his work. “I don’t know if I’ll have the energy to carry on in a few years, but for now, I’ll continue to do it.”

Cheung’s store is on a street lined with mahjong parlours, but none of them buy their tiles from him.

“My mahjong sets are expensive,” he admits.

The price reflects the time spent making them.

Industrial production of tiles takes about an hour, but it takes five days for Cheung to complete the process of carving and colouring his tiles.

Many of his customers buy sets as souvenirs and often request customised images.

But Cheung thinks this recent surge in interest in an old tradition may be ephemeral.

“It is only in these last few years that people have felt a sense of nostalgia” and come to buy his tiles, he says.

“What if a few years later no one feels nostalgia?” 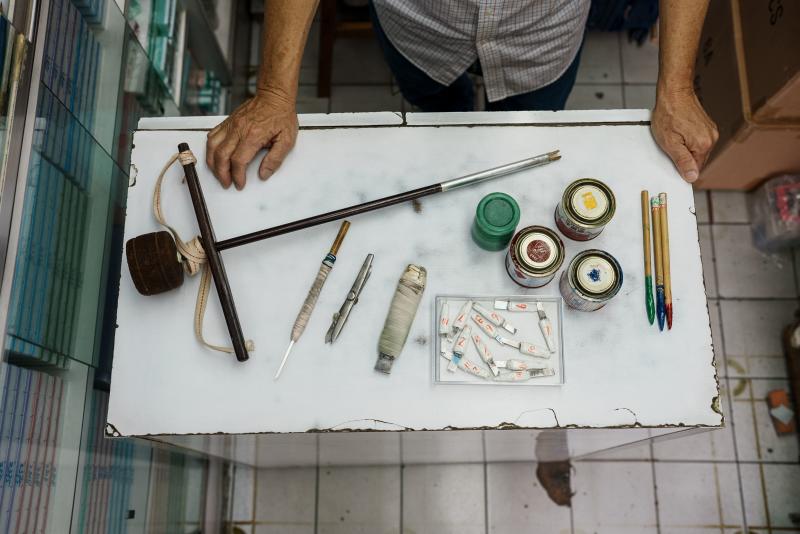 Despite his belief that his industry will continue to decline, Cheung says he will work for as long as he can, until there is no demand.

He used to conduct workshops for young people but does not want to take on apprentices because of his pessimism.

“To learn (this skill) isn’t a matter of one or two months — attempting it wouldn’t work if you didn’t immerse yourself in it for two to three years,” Cheung says.

“If, by then, handcrafted mahjong tiles are no more a trend, then this skill would become useless.”

Cheung does not know how to play mahjong himself — his interest lies only in crafting the tiles.

He says that being called an artist, however, is flattering, and a “big compliment” for him.

Read More: Hong Kong mahjong carver among the last of his kind

Programs to connect mainland stocks with Hong Kong will have…